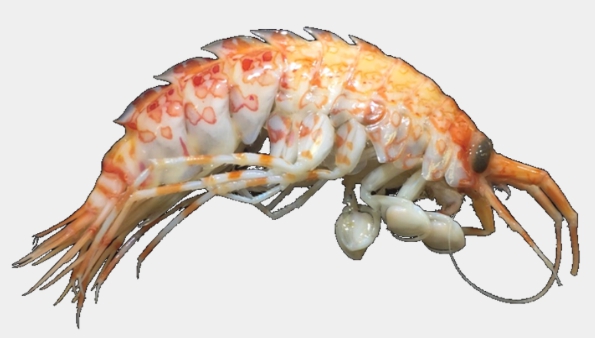 During the expedition PS118 (February 2019) and in the framework of the project Larsen-C PEARL, the RV Polarstern sailed towards the western Weddell Sea, east of the Antarctic Peninsula. There, on the 12th of July 2017, a huge portion of ice (iceberg A68) had calved from the Larsen-C Ice Shelf, exposing the underlying seafloor for the first time to new environmental conditions. The aim of the project was to investigate the communities of macrobenthic peracarid crustaceans (Malacostraca; Figure 1B, 1C, 1D)  which lived under the ice shelf and assess the influence of the latter on their diversity and abundance.

The project was driven by the hypothesis that peracarid faunal assemblages that live beneath an ice shelf likely comprised assemblages resembling those from the deep Weddell Sea. 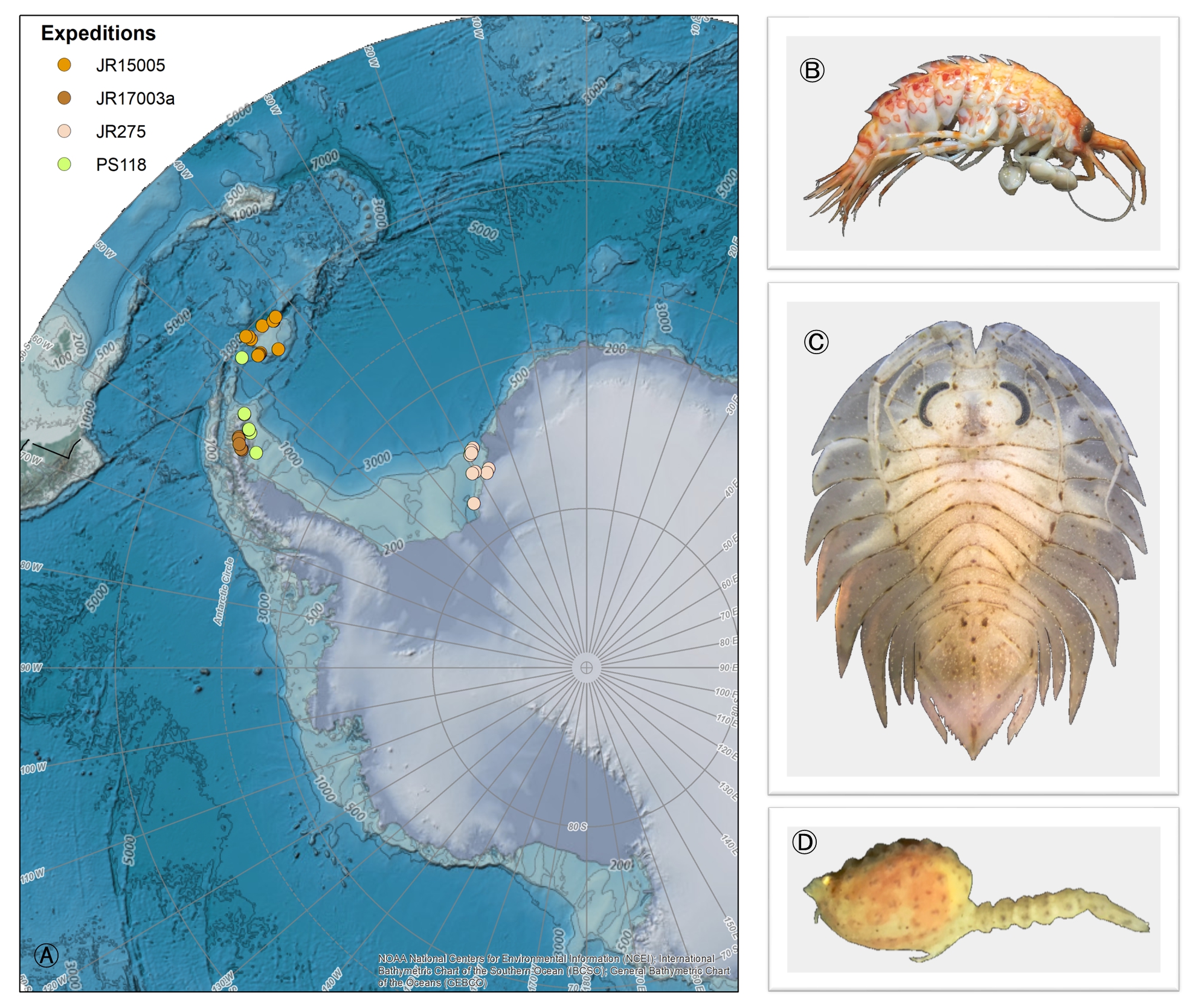 For this purpose, deep-sea samples of the peracarid fauna collected during previous expeditions in the Weddell Sea and in other Antarctic areas characterised by different extents of ice-cover are also available for direct comparison (Figure 1A): the ice free area of the South Orkney Islands (JR15005), Prince Gustav Channel (JR17003a) in which the ice-shelf collapsed in 1995 and the seasonally ice-covered Filchner Trough (JR275). Unfortunately, neither during expedition JR17003a with RRS James Clarke Ross, nor during expedition PS118 with RV Polarstern was it possible to reach the Larsen-C area due to heavy ice conditions. Therefore samples were collected in alternative locations along the eastern Antarctic Peninsula, following a latitudinal gradient and leading to new scientific questions.

The aim of the project is to investigate the influence of ice cover and latitude on peracarid abundance and species composition comparing areas characterised by different ice cover regime and latitudinal gradients. Besides we plan to investigate the influence of other environmental parameters (e.g. depth, temperature, salinity, type of sediments, primary production) and evaluate which functional groups of selected peracarid taxa may exist or dominate under different environmental conditions.

Collected data from Prince Gustav Channel and the comparison with samples from the deep Weddell Sea and the other study areas will also still allow us to evaluate the main hypothesis assessing the effect of the ice shelf and its collapse on peracarid faunal assemblages.

The results of the project will improve our knowledge on how components of the benthic community interact with the abiotic factors of their inhabiting environment. They will also provide useful information on how possible changes of such parameters could influence their present distribution and diversity. Ultimately, a better understanding of the
aforementioned interactions might help to predict the ecological impact induced by the on-going climate change.