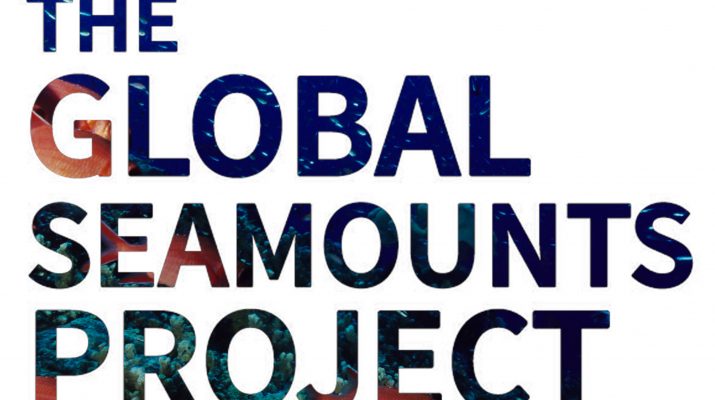 A new international project has been proposed called the Global Seamounts Project (GSP), to intensively survey a range of 18 seamounts in the Atlantic, Pacific and Indian Ocean basins, over eighteen expeditions beginning in 2019 and continuing through 2023. The project will generate standardized sets of inter-calibrated, multidisciplinary field data over the survey range to develop a new ecosystem model for seamounts. The project was collaboratively developed by a team of seamounts scientists and ecosystem modelers and is inviting scientists from a wide range of disciplines and regions to participate.

Each expedition plans to survey two seamount systems, with about half of target sites surveyed over multiple seasons for temporal resolution, resulting in a total of 36 site surveys. For re-visited sites, the plan calls for a range of leavebehind instruments, moorings and gliders.

The GSP is unique in several ways: 1) it involves collaboration from the outset of the project between ocean scientists and seamount specialists from all disciplines, with ecosystem modeling experts, to jointly develop the scope and resolution of data needed to design new computer models of complex ecosystem function for seamounts; 2) the project will be run along two “tracks”, in tandem: a) the multidisciplinary field expedition and data processing work, and b) the biophysical modeling work, which will facilitate feedback and adjustments between these activities over the project duration; and 3) the MARV research vessel model of mobilizing chartered global-class vessel platforms from the offshore sector for scientific research will be utilized to provide the at-sea capacity required, when and where it is needed, for the intensive level of research and observations that are proposed. More information about Modular Adaptive Research Vessels (MARVs) can be found at www.global-oceans.org.

In addition to new ecosystem models, the project will also provide a legacy of detailed biophysical data on eighteen seamount systems that will be fully mapped and documented as baselines for future monitoring. The study sites may also provide a basis for Figure 1. GSP Working Group chart establishing future local or regional Marine Protected Areas associated with these systems, supported by improved understanding of productivity, biodiversity, potential species and community endemism, extent of important biogenic habitats such as cold-water coral reefs, and whether certain systems may be degraded or threatened.

The project proposal is accessible on the Global Seamounts Project section of the Open Science Framework (OSF) website at: https://osf.io/xtg5c/. The OSF is an open-access, collaborative research platform hosted by the Center for Open Science, which is partnering with this project. Scientists can sign-in on the OSF site and at the GSP Working Groups document page can enter comments, ideas and indications of interest. We look forward to hearing from interested scientists, post-docs, students and technicians from around the world to participate.

The Global Seamounts Project has been endorsed by the Steering Committee Core Group of the 2nd International Indian Ocean Expedition (IIOE-2) as a contributing project to IIOE-2 (Endorsement No. IIOE2/EP29).

Funding is currently being sought for the GSP including for workshops, field expedition operations, research, data processing and modeling, primarily but not exclusively from the private-sector (foundations and other private sponsors). Updates and project news will be posted to the OSF site as it becomes available.