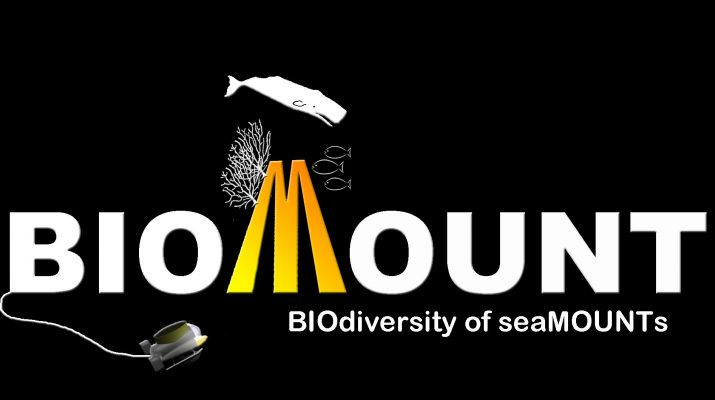 Among deep-marine environments, seamounts represent crucial habitats for conservation, due to their importance in offshore ecosystem functioning and to their high degree of vulnerability. Seamounts are widespread in Mediterranean offshore waters and account for approximately 230 structures, many of which are located in the Ligurian and Tyrrhenian seas by virtue of the complex geologic history of these basins.

All these structures are known to represent important feeding areas for cetaceans and are recognized as productive fishing grounds supporting the occurrence of highly productive ecosystems. Unlike paleo-geological studies, however, biological explorations of these mounts are extremely limited and virtually nothing is known on the benthic ecosystems.

The first large-scale ROV exploratory survey of the Ligurian and Tyrrhenian seamounts (BioMount) carried on board of the oceanographic catamaran Daedalus departed La Spezia (Italy) in summer 2017, targeting 5 of the 11 summits foreseen in the project. The primary objective was to conduct a biocoenotic characterization of the megabenthic communities thriving on the top of the Ligurian seamounts (Ulisse, Penelope, Janua, Santa Lucia and Occhiali), using the GayMarine’s ROV Multipluto. At the same time, the explorations aimed at assessing the vulnerability of the communities by quantifying the degree of fishing impact on each summit.

Rich cold-water coral and sponge ecosystems were encountered on all seamounts whose peaks are located in different bathymetric intervals, including large black coral forests on the shallower peak (Santa Lucia, 150 m; Figure 1), and small- sized gorgonians, soft corals and hexactinellids assemblages on the deepest peaks (450-800 m; Figures 2-3). Remarkable biological discoveries included a new species of black coral and the first Mediterranean record of a new isidid coral. Extensive traces of fishing impact in the form of lost long lines and entangled colonies were found at all depths and were mainly related to recreational fishing vessels.

The first BioMount survey ultimately completed 19 dives, recorded 18 hours HD footage, and collected 30 samples. Biological samples of the black coral Antipathella subpinnata were provided from seamount locations to the University of Bologna, who are leading a study on the connectivity of populations at large scale and investigating the degree of isolation of the summits.

The BioMount survey successfully contributed to shedding light on the composition and biogeographic origin of  vulnerable  ecosystems dominated by rare or extremely longevous species on previously unexplored seamounts subjected to fishing pressure. This information, included in a comprehensive WEBGIS biological baseline dataset, will be of crucial importance to  fulfil future requirements of EU Marine Strategy Standards on deep marine habitat protection in the Mediterranean Sea.

This project was financed by the Italian Ministry of University and research under the Scientific Independence of young Researchers (SIR) programme.

The second BioMount survey will start again in just a couple of weeks, destination Spinola Spur in the Ligurian Sea and five summits located in the North Tyrrhenian Sea … stay tuned!