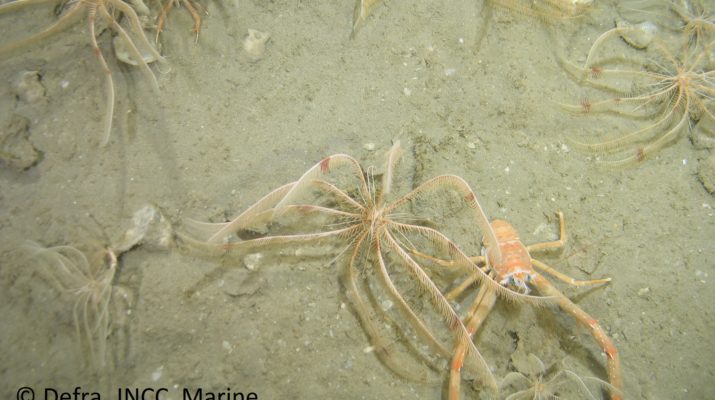 The Joint Nature Conservation Committee (JNCC) has recently been undertaking sensitivity assessments for deep-sea biotopes from the Britain and Ireland Habitat classification. The first assessments are now published on the MarLIN website for Leptometra celtica assemblages, found on Atlantic upper/mid bathyal sand and coarse sediments. Assessments for Geodia and other massive sponges, found on Atlanto-Arctic upper bathyal coarse and mixed sediments are currently in press. The assessments follow the Marine Evidence-based Sensitivity assessment (MarESA) method, which involves a detailed literature review, and each assessment has been through a peer-review process involving deep-sea experts. The assessments provide resistance, resilience and overall sensitivity scores for each of the biotopes to a range of hydrological, physical, biological and chemical pressures. Climate change pressures have also been assessed for a number of biotopes as part of a separate project (also available on the MarLIN website). A selection of pressures for the ‘Leptometra celtica assemblages’ sensitivity assessment are discussed below. 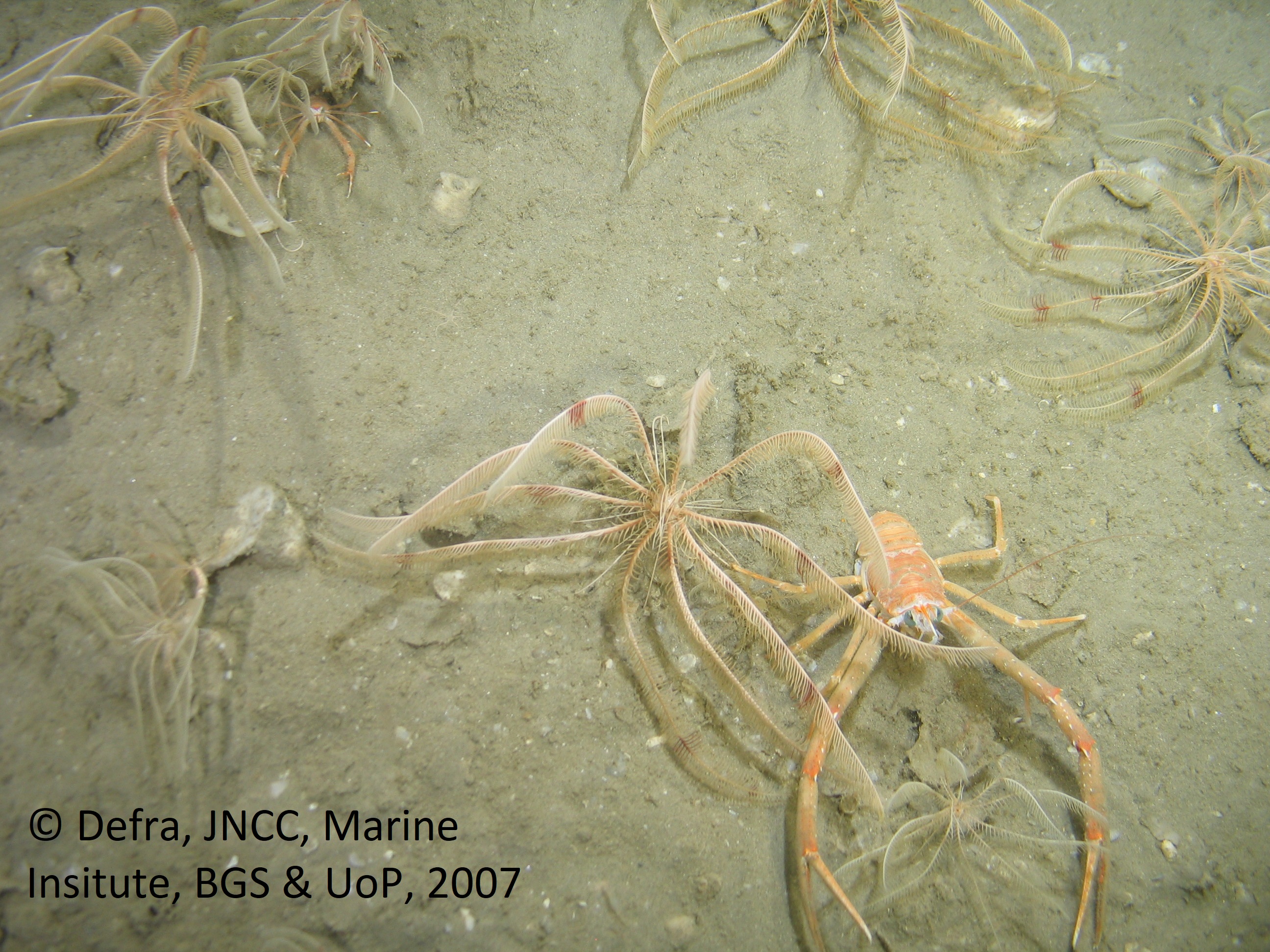 Information on the ecology and biology of Leptometra celtica was collated to help determine potential resilience (the rate of, or time taken for, recovery once the pressure has abated or been removed). Although the species can regenerate lost or damaged arms, as well as having the ability to crawl or swim short distances, modelled data showed that the species has a short pelagic duration (Gallego et al., 2013), meaning that recovery could take between 2-10 years.

Evidence on the effects of ‘Litter’ on Leptometra celtica indicated that individuals may get entangled in relict fishing gear (Oliveira et al., 2015). However, a fishing net was also found to act as a fixation point for the species, providing an advantageous position for filter feeding. Resistance was therefore assessed as ‘Medium’, giving an overall sensitivity of ‘Medium’.

Evidence on the effects of ‘Abrasion/disturbance of the surface of the substratum or seabed’ was mainly based on the Mediterranean congeneric spp. Leptometra phalangium. One study found aggregations of this species either side of a trawling lane, with solitary individuals on the raised banks of trawl-door plough marks (Smith et al., 2000). Another study only found the species in areas of less intensive fishing (Mangano et al., 2013). The resistance of Leptometra celtica was hence deemed to be ‘None’. As the species is likely to recover within 2-10 years (i.e. ‘Medium’ resilience), overall sensitivity was considered as ‘Medium’.

For the pressure ‘Smothering and siltation rate changes’, the feeding and respiratory surfaces of Leptometra celtica may become clogged. However, the species is thought to have the ability to compensate by shaking its arms. Individuals may also raise up and extend their arms, and/or use their cirri to raise themselves up above the substratum, allowing them to filter feed. Therefore, Leptometra celtica assemblages were assessed as ‘Not sensitive’ at this pressure benchmark (deposition of <5cm of fine material).

The full sensitivity assessment for the biotope ‘Leptometra celtica assemblages’ can be found here. Thanks goes to Charles Messing and Marc Eleaume for peer-reviewing the assessment.