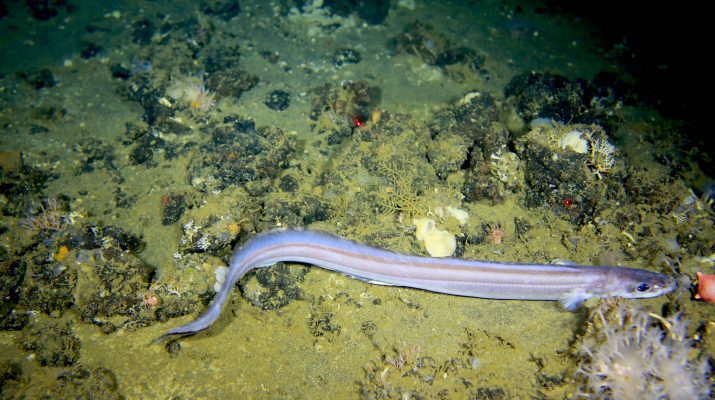 The Cape Canyon, off the West Coast of South Africa, is the largest known submarine canyon in the country, with a total estimated area a thousand times greater than that of all the Sodwana canyons (the coelacanth capture sites located off South Africa’s East Coast) combined. Vertically it extends up to a minimum of 200 m depth where the head incises the continental shelf near St Helena Bay, and down to a maximum of 3000 m further offshore. In March 2018, researchers returned from the last Canyon Exploration Survey, marking the final cruise in a three year (2016–2018) multi-institutional campaign, initiated and carried out by the Department of Environmental Affairs.

The sampling undertaken was designed to provide insights into the functionality of the Cape Canyon in relation to both the nearshore and offshore areas. With this in mind, a variety of measurements were made, with outputs including data on: benthic biodiversity, physical oceanography, seabird and cetacean ecology. A total of 50 camera, 115 grab, 65 dredge, and 500 CTD stations have been sampled within the three years. The areas sampled and surveyed within the operational grid yielded: (i) the first high-resolution bathymetric map for the area, (ii) the first seabed visuals of the canyon (and surrounding inshore rocky and offshore muddy areas), (iii) valuable sediment data for the region, and (iv) cetacean and seabird abundance data. These new findings will contribute as baseline data to inform national marine spatial planning efforts, and have already assisted with the implementation of a new marine protected area network.