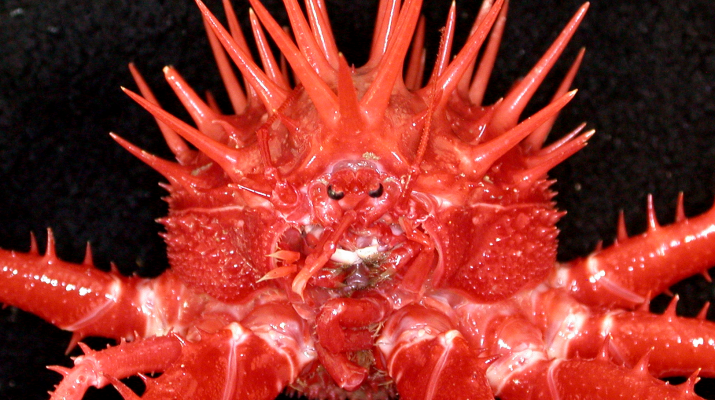 There was a lot of enthusiastic media coverage of the expedition, and it really captured the public’s attention that we were exploring a completely unknown part of the planet. The excitement went international and many of you may have seen images of the faceless fish, the short-arsed feeler fish, and other critters we found on the voyage.

It took 2.5 years after the voyage for a small army of taxonomists to identify the specimens, and for me and others to analyse the results. But now the results are published, which (I think) are just as interesting as the  spectacular imagery. The full report, including pre-prints of all papers cited below, is available here.

The tropical-temperate transition in benthic community structure, so evident to us in shallow water (corals vs kelps), extends all the way down into the abyss (https://doi.org/10.1016/j.dsr.2020.103283). The animals of the tropical abyss are different from those in temperate latitudes. It is not clear what the driver for this community change would be. Temperature, salinity or oxygen are practically constant across these latitudes at these depths. Primary production at the sea surface is higher at temperate latitudes (due to phytoplankton/salp blooms). But increased productivity is typically linked to changes in diversity or abundance (https://doi.org/10.1111/ddi.13034), not wholescale changes in species composition. It is fun to speculate. Maybe it is due to species composition of the phytoplankton (i.e. the diet of deep-sea animals) or factors operating the larvae of deep sea animals. Or maybe it is the force of northward deep-sea currents (which can scour the lower Australian continental margin back to rock), driving a southern fauna up against their ancient tropical cousins. We have no idea.

The new abyssal material also plugged a large sampling gap for genetic analyses. For the first time, we managed to assemble a complete phylogeny of samples from shallow water to the abyss and from the tropics to Antarctica (https://doi.org/10.1038/s41586-019-0886-z) for an entire class of animals (brittle stars or ophiuroids). From this we could see that the tropics in general have a relatively old fauna. In fact, the most phylogenetically remote lineages (those that stick out on long phylogenetic branches all by themselves – the ophiuroid equivalents of the coelacanths or tuatara) mainly occur between 200-1000 m in the tropics. This is the sweet spot for ancient marine relics, below the disturbances of the shallows and above the re-occurring anoxia of the very deep.

The temperate and Antarctic fauna are much younger (mostly from ~40 million years ago), originating as the Earth cooled and formed new environmental niches. Antarctica appears to be in rebound and has the highest speciation rate for any biome in our study.

We are off again in mid-2021, this time to survey the ancient seamounts around Christmas and Cocos Keeling Islands in the eastern Indian Ocean. Another swathe of completely unexplored seafloor.

One thought on “Voyage to the Abyss”