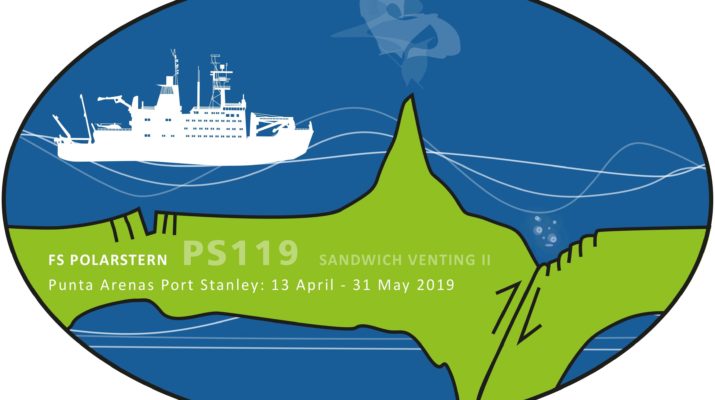 The hydrothermal vent fields on the East Scotia Ridge (ESR) were one of the earliest photographed vent fields – with photos taken during the RV Eltanin Cruise 22 on 17th Feb. 1966 at 2377 m depth off the South Sandwich Islands (60 03’S, 29 58’W) – but the importance was not recognised until more than four decades later. Those original photos showed actinostolid anemones, stalked barnacles (Neolepas scotiaensis) and individual white brachyuran crabs (Kiwa tyleri). In 2009, after the UK’s ChEsSO consortium filmed black smokers and their surroundings with SHRIMP, a towed camera system, it became clear that Eltanin had photographed a diffuse flow field. The ChEsSO consortium had two successful ROV expeditions in 2010 and 2012 to the visited the ESR vents, but no expedition has returned although almost another decade has passed.

Professor Gerhard Bohrmann’s (MARUM, Germany) expedition PS119 “South Sandwich Venting II” from 13th April to 31st May 2019 set out to study seeps and vents from the trench to the back-arc of the South Sandwich microplate, focussing on fluid and gas circulation. Our invitation to join this cruise on RV Polarstern enabled us to further study the biodiversity, ecology and physiology of animals at black and white smokers in hydrothermal vent ecosystems at ESR segment E2 and the Kemp Caldera.

MARUM’s ROV QUEST was our workhorse for sampling target species for respiration experiments on board: the peltospirid gastropod Gigantopelta chessoia and a vesicomyid clam, and we had three temperature-controlled lab containers on hand for live animal experiments. Coming back to a slow-spreading vent field, after more than seven years, also enabled the German-UK-USA expedition team to study the changes in the chimney structures in their geology, and geochemistry and their faunal assemblages. 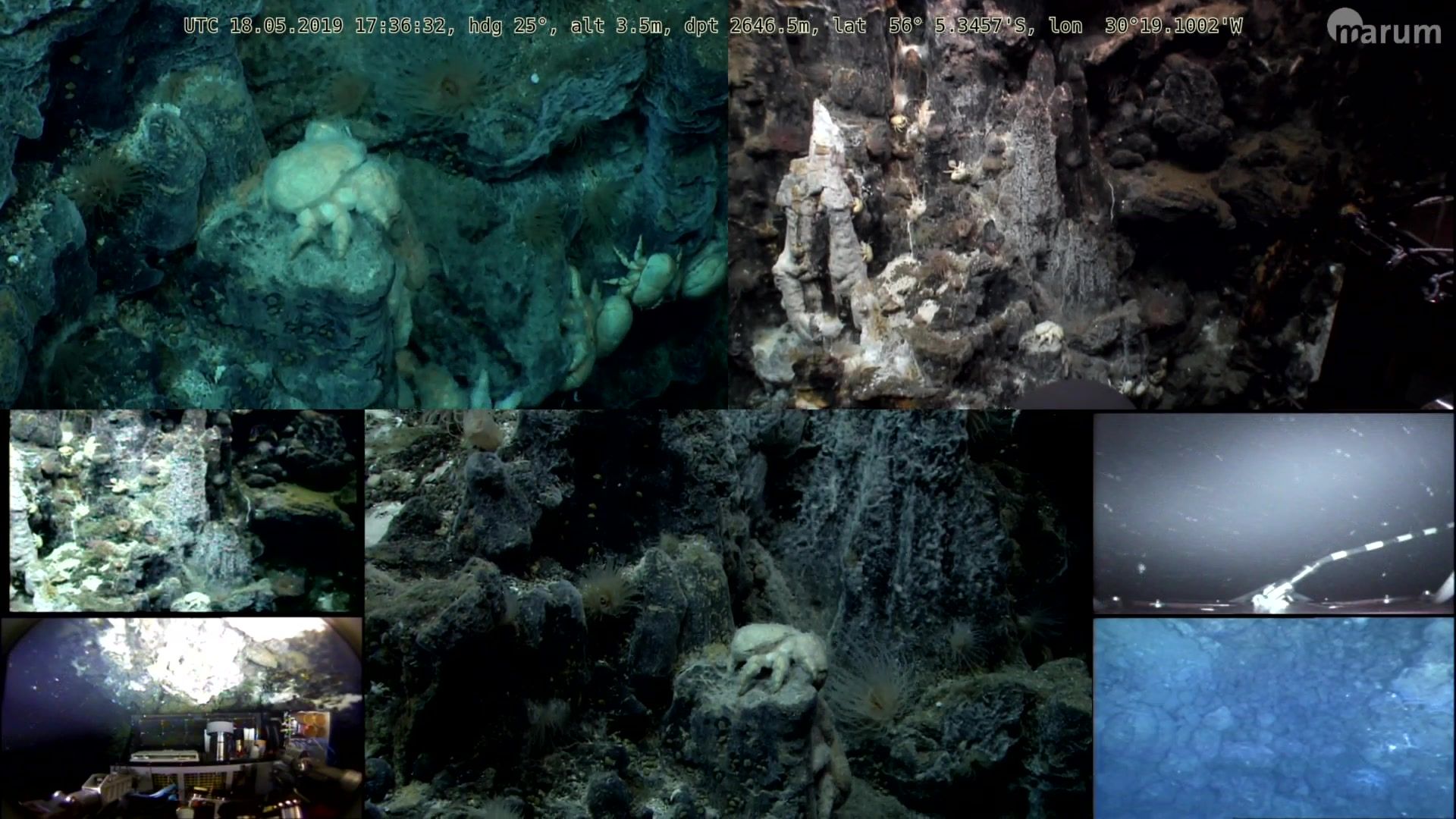