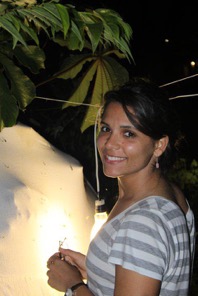 I am an evolutionary biologist with my research focus lying at the intersection of phylogenetics, spatial ecology and ecological biogeography, with a particular interest in probing macroecological and macroevolutionary patterns and processes. I am interested in various macroecological topics including niche conservatism, latitudinal diversity gradient, invasion dynamics and Eltonian noise hypothesis. As part of my research, I integrate fieldwork, systematics, spatial ecology, ecological biogeography and bioinformatics with the purpose of understanding the evolutionary processes governing biodiversity assemblages and how these change across space and time. Thus far, much of my research has focused on the evolution of leaf beetles (Chrysomeloidea), a very large and diverse group of phytophagous beetles, but I have also worked, in collaboration with colleagues, on other groups including birds, bees, wasps and ultimately my work is question driven.

Currently, I am a postdoc at the Senckenberg Research Institute and Goethe University (Frankfurt, Germany), studying alien invasions into the Arctic Ocean by deep-sea and shallow-water invertebrates from the Northwest Pacific and adjacent marginal seas, in times of rapid climate change – Beneficial Project*.

*Beneficial Project: The project a bilateral collaboration between Russian (Russian Academy of Science) and German (Senckenberg research Institute and Goethe University) research institutes, with the aim to provide a comprehensive study of the biogeography and biodiversity of the NW Pacific area, through integration of data gathered from NW Pacific deep-sea expeditions and online databases. The dataset compiled and generated, provides a solid basis to understand biodiversity patterns and the effects of current and future climatic changes in the NW Pacific fauna. Moreover, this dataset will ultimately will be utilized to create a book describing the distributional patterns of the NW Pacific fauna, which will also provide information on highly abundant key species that might potentially invade the Arctic Ocean in the future, under decreasing sea-ice conditions.