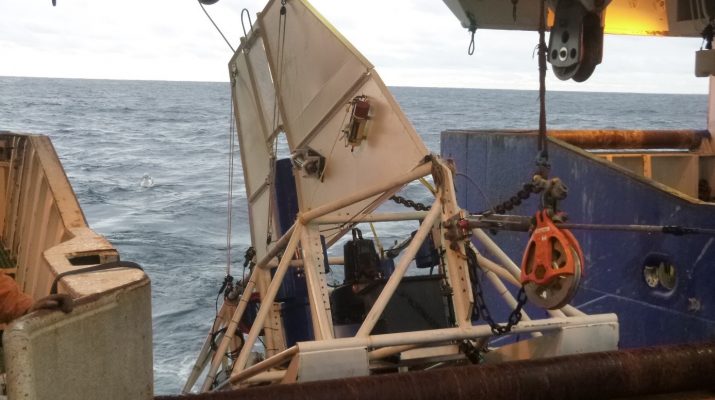 Effects of sedimentation from deep-sea mining:
A benthic disturbance experiment off New Zealand.

Uncertainty about the effects of sediment plumes created by human activities in the deep sea, such as from potential deep-sea mining and bottom trawling, is a major environmental concern in New Zealand – it was a major issue in two applications for offshore mining being turned down. This led to funding from the Ministry of Business, Innovation and Employment to support a 5 year research programme (2017-21): The Resilience Of deep-sea Benthic communities to the Effects of Sedimentation (“ROBES”). In this project we are undertaking research on the effects of sedimentation, to inform options for how to manage such effects on the environment.

The research programme has two components, a field survey experiment with in situ observations of a sediment plume, and laboratory-based experiments. In combination, the two approaches will provide information on the concentrations and distances over which impacts of suspended sediment on faunal communities become ‘ecologically significant’, as well as assess the short to medium term resilience and recovery of species and communities.

In May-June a survey was carried out on the Chatham Rise east of New Zealand. The site was near prospective phosphorite nodule resources,
at depths of 500 m. Baseline data were collected on bathymetry, topography, water column characteristics, sediment composition, and faunal community structure and abundance prior to disturbance, and then up to twice post-disturbance. Key elements included:

The Benthic Disturber failed to produce as extensive a sediment plume as hoped, as the fluidising system didn’t penetrate and stir up the heavier silty component of sediments in the area. Hence there was little immediate visual impact as the fine sediments appeared to disperse rapidly in the relatively fast bottom current conditions. Nevertheless, the complex interaction of multiple gear types and disciplines planned
for the survey worked well overall. The survey collected a large amount of oceanographic, sedimentological, and biological data that provide significant insights into plume effects and will support a wide variety of analyses in coming months.