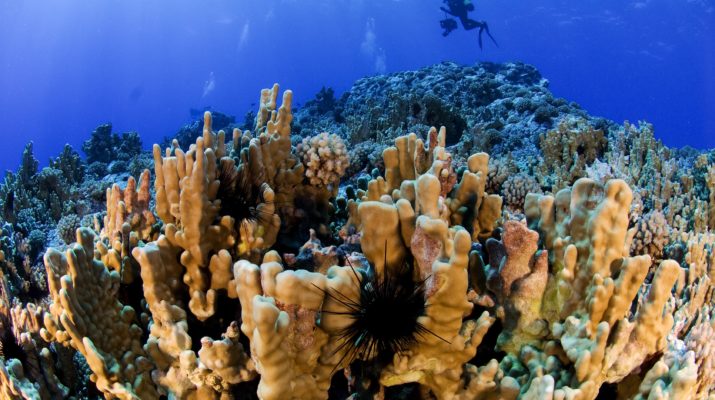 In May 2019, a group of experts in ocean science, policy, law, and communications convened in Denver, Colorado to launch the Coral Reefs on the High Seas Coalition, a global alliance of partners that seeks to support the establishment of the first large-scale marine conservation areas that would protect coral reefs in marine areas beyond national jurisdiction. Specifically, the coalition seeks to support high seas conservation efforts by generating the scientific evidence base and developing the strategic communications that are necessary to advance international awareness and action for these unique and fragile ecosystems.

Marine areas beyond national jurisdictions, commonly known as the high seas, cover over 61% of the global oceans by area and over 73% by volume. These vast ocean areas provide many vital ecosystem services that are critical for sustaining life on our planet. Yet, only 1.2% of the high seas currently lie within marine protected areas, in large part due to the patchwork of a legal framework that is currently in place to protect the high seas, as well as the lack of awareness that important ecosystems exist within these remote ocean areas.

Coral reefs have been heralded as the rainforests of the sea due to their remarkably high levels of biodiversity, and as a result, have a long history of protection in the exclusive economic zones (EEZ) of many countries. While most people assume that coral reefs only exist in shallow and nearshore waters, deeper extensions of tropical coral reefs, known as mesophotic coral ecosystems, have been documented down to depths of 150m in many remote locations, including on the high seas. Global seamount inventories, available seafloor mapping data, and habitat suitability models suggest that there are several seafloor areas in the high seas that are suitable for mesophotic coral reefs, with almost none of these having been explored scientifically.

The Coral Reefs on the High Seas Coalition will work with several partners over the next two years to conduct scientific exploration of high seas coral reefs, link research results into protected area design, raise political support, and advance international policy for these irreplaceable ecosystems. Planned coalition activities include several research expeditions, the first of which will explore mesophotic reefs on seamounts around Rapa Nui (Easter Island) early in 2020. For more information contact dwagner@conservation.org.