To honor current and major advancements in research that either reveal key information, challenge our current notions, or generally bolster the field of deep-sea biology, the Deep-Sea Biology Society is pleased to announce an annual award for the Landmark Paper in Deep-Sea Biology Research.  We are currently accepting nominations for papers published in 2015. 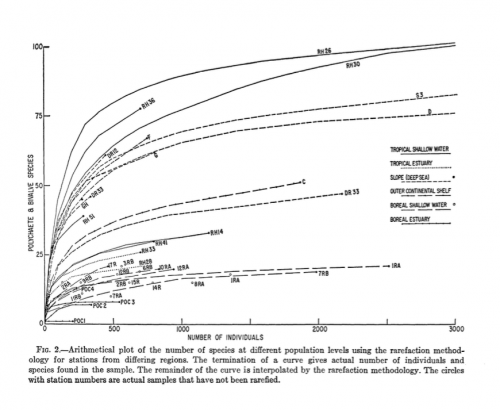 Although various  attempts at ocean exploration occurred throughout the world, exploration of the deep sea did not begin in earnest until the 19th century, with the voyage of the HMS Challenger generally considered to be the first scientific expedition to explore the deep sea.  The papers and books published from this expedition are among the first scientific products related to deep-sea biological studies.  Since this time, major advancements in technology have increased our ability to study the very deepest parts of the ocean. Our continued efforts regularly identify new species, communities, and reveal the processes that generate and maintain this diversity.  We have advanced from believing the deep sea was void of life to Hessler and Sanders’ (1967) landmark study that revealed the deep benthos to be home to an astonishing diversity and abundance of life.  This paper has become one of the most-cited papers in the field of deep-sea biology.  Other key, highly-cited papers and advances in deep-sea research include but are not limited to Dayton and Hessler (1972), Corliss et al., (1979), Smith and Hessler (1987), Levin et al. (1991), Etter and Grassle (1992), Grassle and Maciolek (1992), Rex et al. (1993), Sibuet and Olu (1998), Sogin et al (2006).  In this spirit of these influential papers and the contributions their authors made, the Deep-Sea Biology Society seeks  to acknowledge a major advancement in deep-sea research by members of the Deep-Sea Biology Society in the previous year.