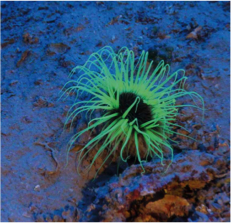 Results of the 2016 Expedition Exploring Submarine Canyons: Towards Deep-Sea Conservation in Lebanon Project

However, Lebanon suffers from a lack of information about marine habitats and species; which obstructs MPAs designation and management. Closing this knowledge gap was the primary aim of the Deep-Sea Lebanon project, which performed the first biological survey of deep-sea Lebanese waters. The Lebanese deep-sea canyons have been identified as Ecologically or Biologically Significant Areas (EBSA) because of their important role in ecosystem functioning, their uniqueness and rarity, and their special importance for life-history stages of the species that they host, among other characteristics.

The biological survey of deep-sea Lebanese waters was carried out in 5 areas: Tarablus/Batroun, Jounieh, St. George, Beirut escarpment, and Sayniq. The survey identified six main habitats over a broad depth range (36-1050m): coralligenous habitats and rhodolith/ maërl beds; rocky bottom areas; muddy and sandy-muddy bottoms; sandy bottoms; canyon heads; and bathyal muds. 622 taxa were documented, among which three species that are likely to be new to science: a sponge belonging to the genus Axinella, a starfish belonging to the genus Luidia, and a stony coral, which is pending identification, but likely belonging to the genus Anomocora.

Dozens of species that have not previously been recorded in Lebanon were observed. The glass sponge (Farrea bowerbankii), the rabbitfish (Chimaera monstrosa), the velvet-belly lanternshark (Etmopterus spinax), holothurians such as Mesothuria intestinalis and Penilpidia ludwigi, and cnidarians such as the gorgonian Swiftia pallida, sea pens (e.g., Pennatula rubra, Virgularia mirabilis, and Funiculina quadrangularis), and species of the subclass Hexacorallia, such as Sideractis glacialis and the tree coral Dendrophyllia ramea. Three species of starfish were spotted, previously not recorded in the Mediterranean Sea: Hacelia superba on bathyal rocky bottoms, Leptasterias sp. on ancient fossil reefs, and a species of the genus Luidia, abundant on sandy bottoms in the circalittoral zone.

MPAs are a management tool to limit localised threats to these important systems, including impacts from fisheries, marine litter, invasive species and oil exploratory activities that directly or indirectly damage them.

Lebanon should prioritise the conservation of coralligenous concretions and rhodolith/maërl beds, because of their vulnerability to anthropogenic impacts. There is the need to grant coralligenous habitat and maërl beds the same degree of legal protection as Posidonia oceanica meadows, possibly using the tools of the Barcelona Convention. As a party to the Barcelona convention Lebanon should ensure that, fossil reefs are managed under the same framework as other ‘dark habitats’, to ensure that threats to these systems are minimised or avoided altogether. All pennatulaceans should be included as habitat builders under the Mediterranean Action Plan for protecting dark habitats. The red sea pen (P. rubra) is particularly diffuse and considered as one of the key deep-sea community types in Lebanon. The tall sea pen (F. quadrangularis) should be protected not only in Lebanese waters. Lebanon should take legal steps to ensure the protection of these habitats and limit the challenges they face.